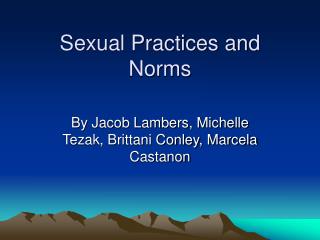 Norms and spaces - . definition:. the space of all square integrable funcions defined in the domain. is a finite number

Norms and Rules - Our motto: „wonderfull childhood – wonderfull life”. norms and rules. public kindergarten no 5 in

Norms - . help us to start &amp; end on time focus on what is happening today.. be present silence cell phones emails

Social Norms and Helping - . norm of reciprocity - we feel obligated to help people who have helped us. norm of

Values, Norms and Sanctions - . values. definition: shared beliefs about what is good or bad/ right or wrong values help

Strong Norms and Creativity - . april 6, 2006. ongoing debate. does conformity pressure stifle creativity or can it be

Translators and their Norms: - . towards a sociological construction of the individual? reine meylaerts kuleuven