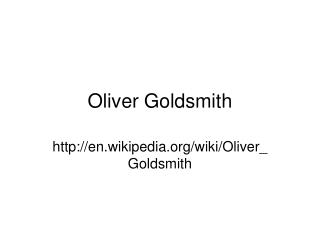 I Am Poem - . i am (two special characteristics) i wonder (something you are actually curious about) i hear (an imaginary

THE COMEDY OF MANNERS - . home:. what is “commedy” comedy of manners in england the most important playwrights the

English poem recite - . by paolo antro. theme poem about : being 11. being eleven is great . you are the biggest . you

WOW 2-1 - . *read : oliver goldsmith said, “people seldom improve when they have no other model but themselves to

Black History Poem - . -think of an important black figure in history who you feel has made a difference in our culture

Zeugma - . by: william jiang period: 6. dictionary definition. the use of a word to modify or govern two or more words in

The English Restoration and Later Theatre - . restoration. for 18 years theatre stayed in hibernation under the rule of

CHS POEM - . follow the steps and don’t think or over-analyze too much. trust me-let go and let whatever comes to mind

Oliver Twist - . vocabulary and discussion questions. chapters 1 to 4. oliver is born in a workhouse, and his mother dies

Sensation and Perception - . psychophysics. the study of how physical stimuli are translated into psychological