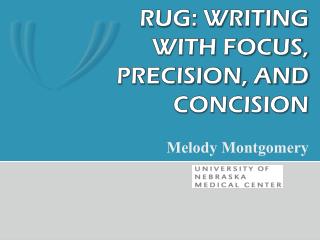 Precision Irrigation and Fertigation - . what is irrigation? irrigation is the application of water to a crop for

10 Focus Groups: Learning Objectives - . describe the history and uses of focus groups list the elements of an interview

Session 8 - . precision, accuracy, and tolerance. session 8 - objectives. after studying this unit you should be able to

Effective Writing - . why write in the content areas? isn’t that the english teacher’s job?. writing: a powerful

The TCAP Writing Assessment - . preparing students for common core writing and parcc. session objectives. the past:

10/23 Focus: - Chinese rulers followed the dynastic cycle. this was the understanding that dynasties would rise and fall