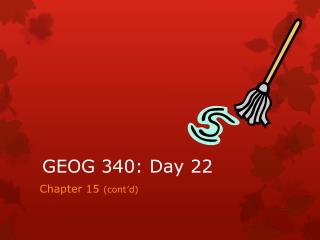 GEOG 340: Day 22. Chapter 15 (cont’d). Housekeeping Items. The projects are now due on Thursday the 21 st . Keltie may have gone to the Larry Beasley talk on Tuesday. If so, any feedback ? Sarah will also brief us on the waterfront planning and charrette exercise currently underway.

Warm-up 5.5 Independent Events - . jack and jill have finished conducting taste tests with 100 adults from their

Daily Geography Week 9 Day 1 - Which country has the largest land area in south america? name as many kinds of

Earth and Space Unit 3 Review - . what is the difference between geosphere and the lithosphere? ans: the geosphere is the 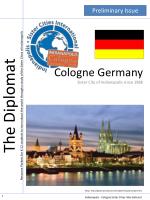 Assyria 911-612 B.C.E - . essential question : evaluate the factors contributing to the success of the assyrian

JOB 12:12 With the ancient is wisdom; and in length of days understanding.

GEOG 346: Day 23 - Any reactions to the role play last thursday? i thought a lot of what each group came up with was

Implantation in the macaque: from adhesion of the blastocyst to the lacunar stage - Allen c enders department of cell

Comparative Planetary Study: How do the Exosphere Temperatures of Earth, Mars and Venus Respond to Long-Term Solar Cha