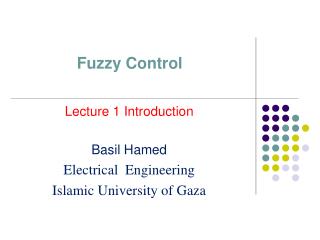 3. Fuzzy Control - . the primary goal of control engineering is to distill and apply knowledge about how to control a