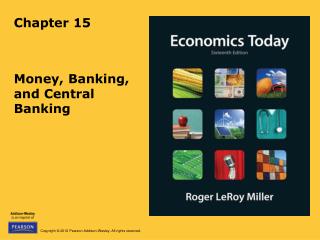 Chapter 15. Money, Banking, and Central Banking. Introduction. During the financial meltdown and panic in 2008, Congress raised the limit of the U.S. Federal Deposit Insurance Corporation’s (FDIC) insurance against risk of loss for individual bank deposit accounts from $100,000 to $250,000.