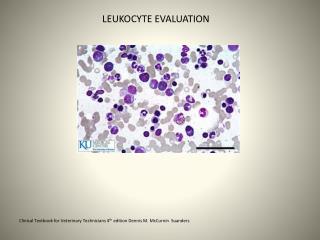 Leukocytes - . leukocytes, or white blood cells, are found within the bone marrow (bm ),the peripheral blood, and the

Table 2. Leukocyte enrichment as assessed by flow cytometry. - Would be constructed for submission to the journal of

Chapter 13- leukocyte migration and inflammation - . i’ll try very hard not to be inflammatory!!. where we’re

Formation of transudates and exudates - . cellular events (leukocytes). leukocytes infiltration occurs due to the action

Chapter 15 – Leukocyte Migration and Inflammation - . the is relies upon the continual circulation of leukocytes