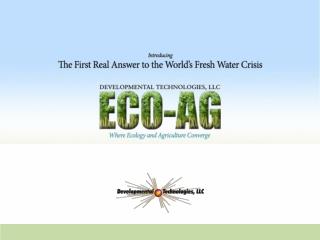 If Celestino Migliore is correct in his May 15, 2006 - PowerPoint PPT Presentation If Celestino Migliore is correct in his May 15, 2006 presentation to the United Nations in New York: “…by 2025, a third of the world’s nations will have catastrophically low levels of water” We need to act now! If there exists an Eco-Ag system today that grows

Methods to Correct Measures of Effect for Bias due to Exposure Measurement Error - Donna spiegelman, scd departments of