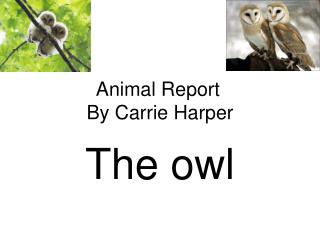 By Harper Lee - An introduction to “to kill a mockingbird”. by harper lee. write three words that express what

By Carrie A. Madalena - Complementation. with gerunds. by carrie a. madalena. introduction. complement means “to

Ada 2005 By Demis Harper - . review. created for use by department of defense supports object oriented programming

“The crisis” By Carrie Chapman Catt - . by kelcie alexis pedigo. history &amp; occasion of the

Presented by: Michael Jones Carrie Gravely - County-level variation in the prevalence of medicaid-enrolled children with

Carrie Rikon - Has served as ceo and founder of rikon associates, llc, a professional recruiting agency. she established