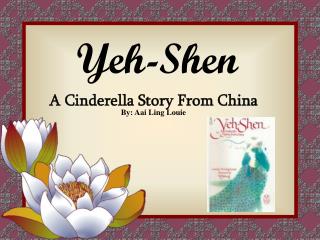 Yeh-Shen. A Cinderella Story From China By: Aai Ling Louie. “Yeh Shen” and the Ancient Chinese - . cinderella a multicultural approach. when was it written? it is believed that

YEH HAI DUNYA - . dunya tv is coming up with a new show ‘yeh hai dunya’ , a travelogue , an enchanting opportunity

Shen Dental Care - Is an all-inclusive, comprehensive dental clinic that provides a variety of specialty services to

By Mrs. Shen - Module 3 my school. unit 2 the library is on the left of the playground. by mrs. shen. warming up. free