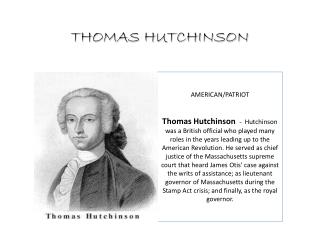 American Independence - “the spirit of liberty spread where it was not intended to go.” - thomas hutchinson. american

Dido Belle at Kenwood House - a life of privilege and prejudice - . life before kenwood. very little is known about dido

James Otis - . by matthew. james otis died on may 23 rd 1783 when he got struck by a bolt of lightning. james otis birth

Consider This… - . by the early 1770s, 49% of the taxable assets of the city of boston were controlled by only the top

What Causes People to Rebel Against Their Government? - . what do you already know about the american revolution?.

To Declare Independence Or Not - . what were the arguments for and against colonial independence from great britain?.

Bell-work 11/1/12 - . looking at chart on page 146 answer: which nation faced huge expenses after the war? what happened