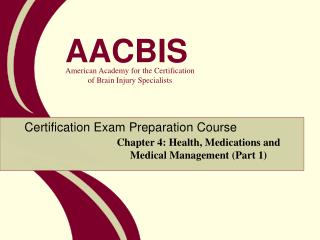 Chapter 4: Health, Medications and Medical Management (Part 1). Module Objectives. Understand the uniqueness of an individual with a brain injury by gathering information about the person’s background, injury, treatment and current factors that impact their potential for optimum recovery.

CHAPTER 2 - . evaluation and management (e/m) section. coding for services. your job is to code what is documented within

HEALTH - . chapter 1 mental health. who is in charge of you?. you are!. if you know where you are going, and you know why