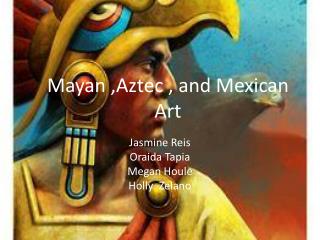 WWII - . the world between the wars. a struggle for change in latin america. the mexican revolution desires for land,

Chichen Itza - . gabriela estrada-torres. general info. chichen itza means “at the mouth of the itza well.” it is a

C u l t u r e Who are YOU? - . usa american? russian? hmong? indian? somalian ? mexican? liberian?. close your eyes and

An Update of Mexican NGL’s - . rodrigo aranda ngl’s trading - pmi. a presentation for: the petrochemical feedstock

Aztec Artefacts by The Class of 2007 - . what we made. we made a selection of aztec artefacts including: serpents sun

Ancient Mayans - . introduction. the maya developed an advanced civilization around 2600 b.c.in the yucatan area in