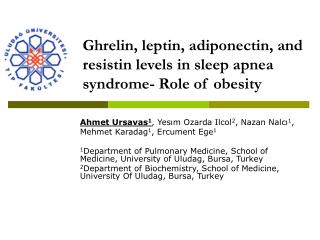 Adipocytes and Leptin - . leptin , makes you feel full, satisfied. you stop eating. hey brother! did you eat all the

Waardenburg Syndrome - . jasmine cherry. what is it?. waardenburg syndrome is a group of changes within genes that can