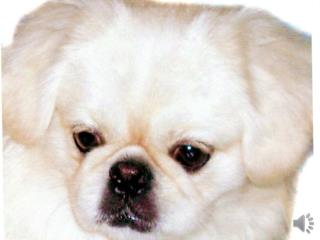 THE STORY OF A MAN. ONCE UPON A TIME THERE WAS A MAN THAT CARED SO MUCH ABOUT HEALTH CARE IN THE UNITED STATES THAT HE HAD HIS STAFF RESEARCH THE ISSUE AND DETERMINE WHAT THE PROBLEMS WERE AND WHAT THE SOLUTIONS WERE. HE LOOKED AT THE RESULTS. The Story of Man - . god made man perfect but man sinned sin separated us from god sin resulted in death man was

The Story Of Achan Bad Decisions Of A Foolish Man - . joshua 6 -7. jericho. setting the stage. the fall of jericho

Story of an old man - . i am 60 yrs old and i am retired . i either get pension or i am unemployed. i get sick too often

A story of the Man ; out of the stress for getting job - . characters kwak kyung sub : old mr.yu , mr.kwak yoo woo hyun :

The true story of the man and the ostrich - . l’homme et l’autruche. the man goes into the bar and sits down,

Story of the Man Who Was Given Signs - . ii icn sisters dars 2-26-13. the gift of knowledge. fulfilling an obligation

Story: The Man Who Couldn t Tell a Lie

The story of a Wheelbarrow - . building a “total” program. why a wheelbarrow?. dr. greiman’s class not quite sure

The story of a journey - . ravi ks kohli professor of child welfare. thinking about journeys of learning. based on my

The Elements of a Story - . key vocabulary that you need to know to understand, discuss, and write narrative

A Story of the Heart - . the book of jonah. every great story is built on conflict and tension.  love vs.

The Anatomy of a Story - . the 4 must haves. resolution brings clarity to the story. it’s not just about the story but

The Story of a Girl - . theresa marcelle-anne g reffard. a little about theresa. she is 17 she lives with her older

A story of…. - A story of…. the mengkuang mak cik. somewhere in a small village , lives an old lady known as. ‘