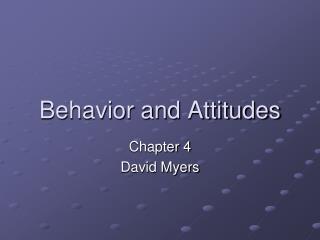 Attitudes - . lecture contents. definitions and conceptualisations of attitudes. self-report measures. the theory of

Attitude-Behavior Consistency - . psychology of attitudes (psy320). outline. 1. the principle of aggregation  2. the