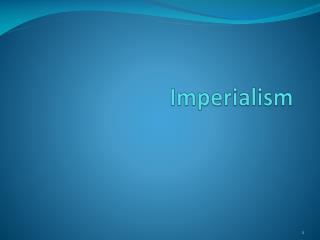 Imperialism. Building Overseas Empires. Ch. 12 Sec. 1. Vocabulary Focus. Imperialism: domination by one country of the political, economic, and cultural life of another country or region Protectorate: country with its own government but under the control of an outside power