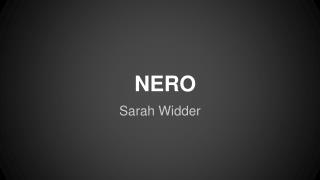 Roman Emperor Nero - . psychotic, yet still memorable presented to you by: eric, eoin , and artie. rise to power. at a

Domus Aurea (The Golden House of Nero) - . liam dougan. general. built in the center of rome covered space on palatine,

AD 66 Nero murders his wife and presents her head on a - Dish to his mistress. she identifies the head as nero’s The year of the Four Emperors - . nero . galba . otho. vitellius. nero’s later reign . after the deaths of agrippina

The Julio-Claudians - . from tiberius to nero, 14 - 68. the augustan legacy. augustus had created a complex lineage of