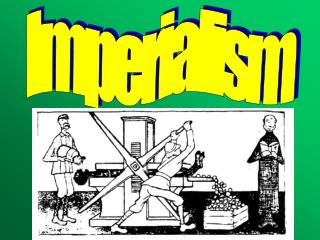 Imperialism. Causes of Imperialism Economic Motives The Industrial Revolution created an insatiable demand for raw materials and new markets. Nationalism European nations wanted to demonstrate their power and prestige to the world.