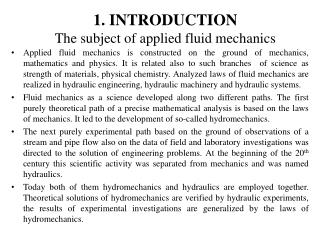 Introduction to Fluid Mechanics - . benno rahardyan. definition of a fluid. a fluid is a substance that flows under the