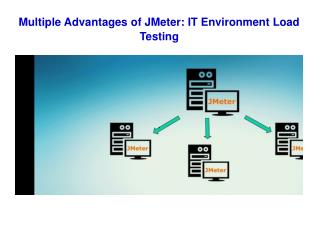 JMeter is a Java-based desktop application that is used to implement load testing, performance testing as well as functional testing of your web development application.Keeping its interface on first priority, it has become the most used IT test environment management tool across the globe.

GR&amp;R and MSA Training - . why gr&amp;r or msa?. product control: to prove a particular gage is capable of

Mohit Verma, Tufts Health Plan Lead Performance Architect - Performance testing in the real world: how to plan for a

Which Configuration Option Should I Change? - . sai zhang , michael d. ernst university of washington. presented by:

Testing IDS - . testing ids. despite the enormous investment in ids technology, no comprehensive and scientifically