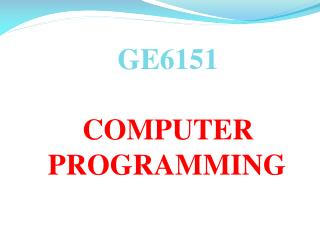 CPSC 230 Computers and Programming I - . fall 2004 dr. lynn lambert. this course will teach you:. c++ object-oriented