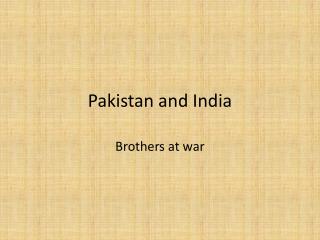 The E arly Civilizations of India and Pakistan - . learning target: students will evaluate the impact of trade on

The Indian Sub-Continent Since 1947 - . pakistan &amp; india . independence. the sub-continent was “partitioned”