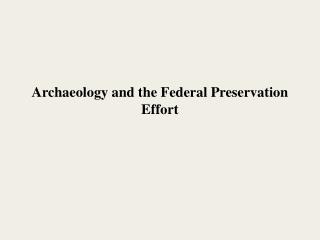 Archaeology and the Federal Preservation Effort

Archaeology and the Federal Preservation Effort

Purpose - The federal government’s role in the field of visual impairment and blindness: 1918-1963 tilly r. steele.

Mohawk Indian Tribe by Dylan Skelton - . what does mohawk mean?. the mohawk name is what their algonkian enemies used to

CHRONOLOGY OF THE MESOPOTAMIAN PEOPLES

Wood Preservation - . good for wood by shrikrishna kulkarni. introduction. wood is precious. save it composition of wood

Family Preservation Services Billing and Payment - . …or…. “everything you ever wanted to know about billing…but