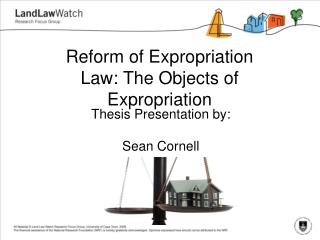 COMMISSION ON RESTITUTION OF LAND RIGHTS - . restitution update: annual report to 31 march 2003 and progress to date.

Chapter 4 - . politics and law. learning objectives. to understand the importance of the political and legal environments

A few themes from Das Kapital - . marx’s most famous work. historical perspective. during foundations of economic

Chapter 31: International Law in a Global Economy - . learning objectives. what is the principle of comity, and why do

BEING A PAPER ON REGULATORY POLICY DEVELOPMENT: REFORM PROCESS AND THE MINERALS AND MINING ACT 2007 - . presented by

Object? You Keep Using that Word - Presented at dynabyte (13th april 2016) i do not think it means what you think it