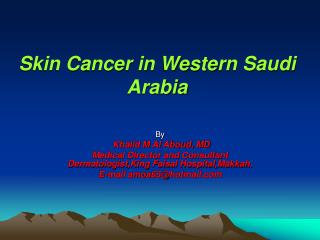 Roll out the barrels - Saudi arabia’s oil exports have risen in february in response to stronger demand from customers.

Chapter Transparency - . the oil resources of saudi arabia are estimated to represent around twenty-five percent of the

Cancer of the Skin - . rising incidence the precise relationship between skin cancer and the risk of internal malignancy

The Age of Absolutism - . spain and france sections 1 and 2. trivia. in 1900 there were still quite a few absolute