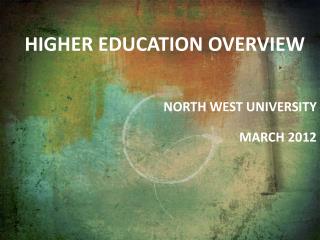 OVERVIEW OF THE QUALITY ASSURANCE OF HIGHER EDUCATION IN THE UAE - . prof. m. badr aboul-ela director commission for

The North West Company - . competiton for the hbc. in 1783, the hbc had a rival the nwc (north west company) who dotted