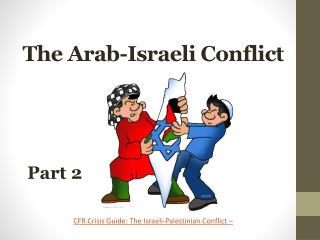 Arab-Israeli Conflict - . one house, two stories: dalia. “growing up, dalia would frequently ask her parents and

The Suffering of the Palestinian Prisoner Under the Israeli Occupation - . first: statistical and informational

The Israeli-Palestinian Conflict How Did it Start? When Will it End? What Role does the U.S. play? - . some dates

INTERPERSONAL CONFLICT - . the prisoner’s dilemma. a model of conflict. goldman ( 1966) presented a cycle of conflict