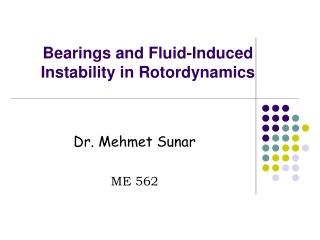 Chemotherapy Induced Cardiotoxicity - . prof. drs. hanan amin . chemotherapy :- radiotherapy or combined use of both have

TOPIC: BEARINGS OBJECTIVE: TO TALK ABOUT THE IMPORTANCE OF BEARINGS WHILE DESCRIBING THE DIFFERENT TYPES OF BEARINGS