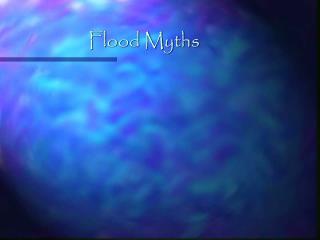 Flood! - . heavy downpours have caused flash floods at glastonbury festival over the years. on the next few slides you

Flood - . laura s e nicolas. what is flood ? where does it happen ?. flood is when it rains a lot , the water overflows

Flood - . kokoreva lena abolinsh anna. flood -is a temporary overflow of water, which covers significant areas of the

Myths and Urban Myths - . myths. myths are not just stories people believed long ago. people throughout time have

MYTHS - . native america . what i want to know. what i’ve learned. what i know. do now. on a post it note, write down

Myths ..... - Myths . 'health and safety' wants to wrap everyone in cotton wool and take all the risk – and fun – out

Myths - . stories about gods, goddesses, and spirits try to explain how things in the world were created happened

Myths - . ms. mitchell freshman literature andover high school. “ and there were so many fewer questions when stars

Myths - . stories whose truth seems self-evident because they do such a good job at integrating personal experiences with

Myths - . isabella beaton john anderson meagan lane. “song of the timeless myths” – from the book of

Myths - . 90% small startup fall into a financial crises and fail in the first 3

Myths… - . cupid &amp; psyche. once upon a time there was a king with three daughters. they were all beautiful,

Myths - . a myth is a story with a purpose. it tries to make sense of the world.   myths also try to explain the

Myths - . olympians greek gods. what is a myth ?. people had questions no answers since there was no science created

Myths - . myths are symbolic tales of the distant past that concern the origin and nature of the universe, may be