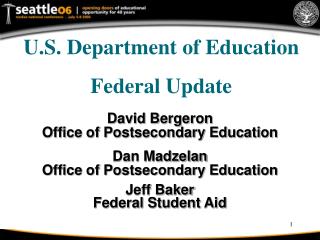 Secure Information on Federal Student Loan Forgiveness: A Quick Summary by Bruce Mesnekoff! - A recent article by a

Department of Education Impact Aid 20 September 2011 - . “what do i need to know about impact aid?”. the impact aid

Federal Spending - . january 6, twenty-ten. quiz – half sheet of paper. what are the restrictions on a tax? what kind