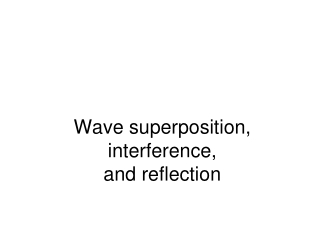 Wave superposition, interference, and reflection. Adding waves: superposition. When two waves are incident on the same place at the same time, their amplitudes can usually just be added.