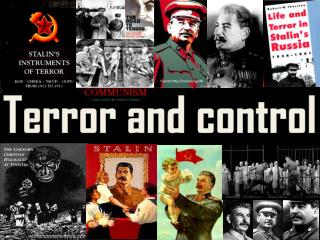 Terror and control. Life of ordinary Soviets. There was no freedom because all was on Stalin’s hands. You were killed if you be disloyal to him or if you are not agree with his ideas. International Terror Please take a few minutes and read the following - . in a horrific suicide attack against the united

A day of Terror - . september 10, 2001- terror has yet to come to this wonderful city. the last night the twin towers