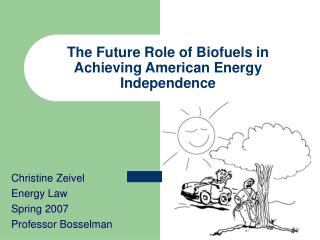 The Future Role of Biofuels in Achieving American Energy Independence

The Future Role of Biofuels in Achieving American Energy Independence

MAN AND ENERGY A case for Sustainable Living through Renewable and Green Energy - . abstract. energy technologies have a

Chapter 6 Where It Starts – Photosynthesis - . 6.1 biofuels. coal, petroleum, and natural gas are fossil fuels – the

Wind Energy - . energy is a major input for overall socio-economic development of any society the prices of the fossil

Energy - Day 1: types of energy storage. energy. what is energy?. def : ability to cause change in a system unit 

Small-Scale Biodiesel Production - Energy overview where does our energy come from? 85% from fossil fuels coal, crude