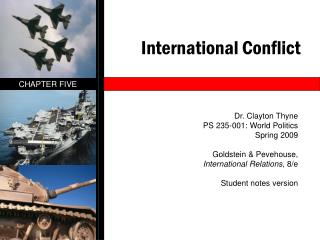 Conflict - . mrs. joines language arts. what is conflict?. conflict is a problem that needs to be solved by the main

Conflict : - . amongst partnerships. erica styles es7871@mun.ca. contents. who and what of conflict and partnership

Conflict - . what is it and why is it so important?. what is conflict?. how do you define conflict? a conflict is a

The Conflict in North Korea - . should the us or an international coalition intervene militarily in north korea?  . daan

Arab-Israeli Conflict - . survey: what issues are most important in understanding the conflict?. sources of conflict

International Symposium on Sexual Violence in Conflict and Beyond. Brussels 21-23 June 2006 - . curtsey of sally

Conflict - . conflict. conflict: a struggle between opposing forces characters in conflict form the basis for novels,

International Symposium on Sexual Violence in Conflict and Beyond - . bosnia and hercegovina – presentation palais

Conflict - . conflict exists when individuals who depend on each other express different views, interests, or goals and