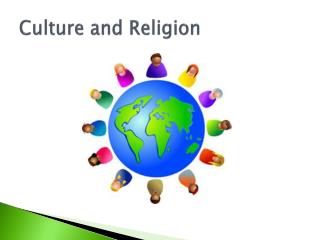 Egyptian Culture and Religion - . coach rooker ~world history~. the search for omm sety. claimed to be the wife of a

Religion and Popular Culture - . popular religion. what is

Dreadlocks, sangomas and the burqa: culture and religion in the workplace - . prof b grant university of kwazulu-natal.

Religion - . a fundamental part of human culture can have a profound effect on human interaction with their environment

Worldview and Culture The Role of Religion and Other Worldviews i n Cross-Cultural Communication - . 10 april 2013 by