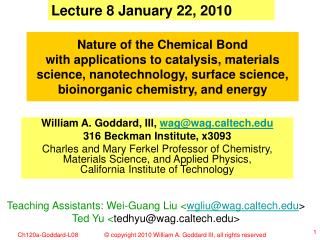 Lecture 5,6 January 15, 2010 - . nature of the chemical bond with applications to catalysis, materials science,

January 22 - . learning targets. i will be able to describe the formation of the moon i can explain what causes tides.