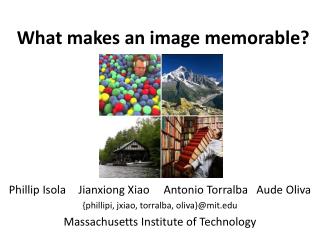 Chapter 10 Image Compression - . introduction and overview the field of image compression continues to grow at a rapid

Image Ontology - . barry smith. what this meeting is about. to promote interoperability of image and imaging ontologies

Image Classification - . i mage c lassification the process of sorting pixels into a finite number of individual classes,

Creating a Positive Professional Image - . by tracy l. chenoweth. how do you define the term &quot;self

Introduction to Image Processing - . image processing. imaging in the visible and infrared bands. other examples.