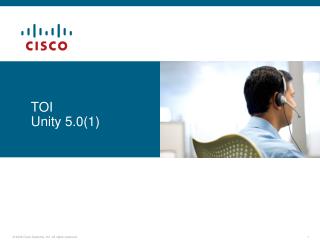 Documentation for Cisco Unity 5.0 (Woo) - . documentation changes. with the unity 5.0 release, there are some important