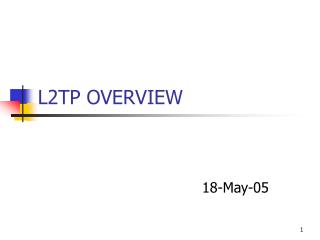 L2TP - . chapter 7. motivation. sometimes we want to tunnel one protocol over another protocol maybe the network does not

l2tp vpn router - Highly resistant elements have been used to design and manufacture these industrial routers, both