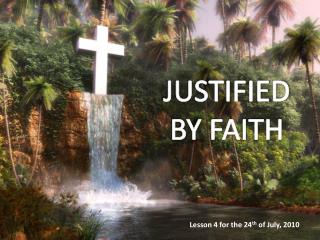 The Result of Being Justified by Faith - Review. all have sinned and are in need of salvationgod is righteous and cannot

JUSTIFIED BY FAITH, NOT THE LAW Galatians 3:1-9 - . www.worshipharvest.org. gal 3:1 o foolish galatians! who has