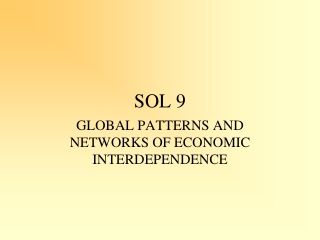 ~! PPT.#9!~ - . by:cassidy barnette . franchise. an authorization granted by a government or company to an

SOL Quiz 9 - . the critical period. 1. which helped earn the era of the articles of confederation, the title