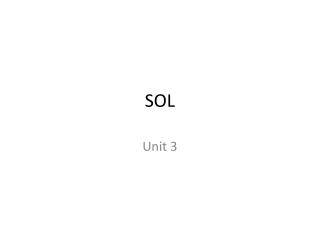 SOL. Unit 3. Essential Skills. Identify and compare contemporary political boundaries with the locations of civilizations, empires, and kingdom. Age of Absolutism. The Age of Absolutism, including the monarchies of Louis XIV, Frederick the Great, and Peter the Great.