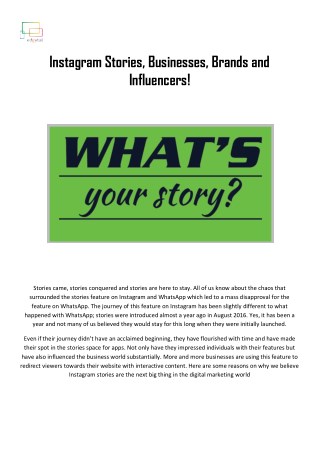 5 Storytelling Lessons From Superhero Stories - Love reading comics? you're not the only one. what about these stories

The Battle For Customer Attention #BMABlaze - The world is swimming in more data and information than anyone can consume.

Social Media - . content &amp; conversation. 25% of search results for the worlds largest brands are links to

Haroun and the Sea of Stories - . literary analysis

Parts of a newspaper - . front page (a section). most important stories for larger papers (post) mostly national and