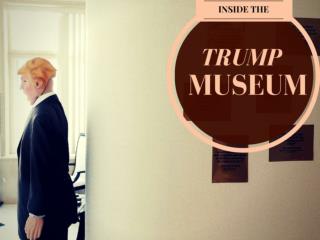 The "Trump Museum," just steps from the Republican National Convention, displays artifacts such as the Trump action figure, the Trump board game and sartorial splendor from the Trump clothing line. Inside the Trump crowd - Behind-the-scenes at trump rallies this

Look inside the British Museum - . this is the british museum. have a look inside. this is katharine. she works at the

Trump and The World - . for professional investors or advisors only. *schroder international selection fund is referred

Trump meets the press - President-elect donald trump, who has not held a news conference since his election, meets

Mrs. Trump - Melanie trump, the woman behind the presumptive republican