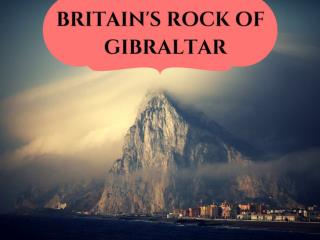 Spain seeks to jointly govern Gibraltar after the British territory voted in favor of remaining in the EU. Gibraltar - What i saw there. after the 80 countries i visited, my favorite holiday places are http://moraira.site88.net/

Gibraltar - . index. .firstly, a presentation about the typical things in gibraltar that can be seen in the street.

Bilingualism In Gibraltar - . mishell miranda,4ºa. gibraltar is a british overseas territory under the sovereignty of