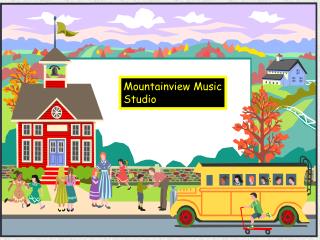 Mountainview Music Studio. Benefits of Music Education Music Education Advocacy What Parents can do to Encourage their Children in Music. How Music Connects with Core Subject Areas-Research and Ideas that are used in the Music Lessons Elementary Music Education. Objectives.

MUSIC AND MOVEMENT PROGRAM FOR CHILDREN - . presented by: stephanie derrick of: (music,movement and art creatives). The 5 Tenets of Music Education at BH - . “the president’s plan will attempt to hone in on the 12% of american

The Reggae music - . the origins a leader of the mouvement what is a rastafarian?. the origins. the end of the 60’s a