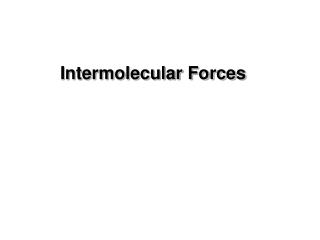 Mooring of ships - forces - . kapt. k. de baere. purpose of mooring configuration. to bring the ship alongside to keep

Chapter 12: Intermolecular Attractions and the Properties of Liquids and Solids - . chemistry: the molecular nature of

Forces of Devolution - . the basque separatist movement. devolutionary geographies. devolution is a process that involves