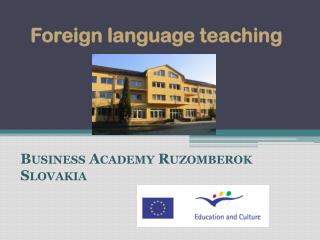 Caution! More Than Good Teaching - . much will appear to be good teaching. but focused reading and writing instruction

Metodi i pristupi u nastavi engleskog jezika - . week 0 2. approach, method and technique in language learning an

A Better Look at the History of Teaching English as a Second Language - . ed.810.629/supporting english language learners