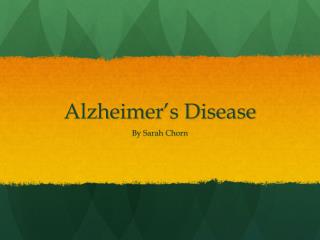 Alzheimer Disease - . the year 2006 is the centenary of the famous presentation of alois alzheimer which first described